The oldest English park in Slovakia

The vast greenery of the three-centuries old 17-hectare English park with romantic nooks, rare plant species and meandering paths which end at the never-ending horizon of the sub-Danubian lowlands, offer royal enjoyment for both body and soul.

In its time it was one of the first, if not the first, English nature-landscape parks on the territory of the Hungarian kingdom. Its shape is still visible today in the remnants of alleys and snaking paths leading to green nooks and crannies.

In the 18th century it was supplemented with stone sculptures, garden pavilions, a greenhouse and different other attractions. It’s not unusual to run across in the park free-ranging pheasants and rabbits, and sometimes even foxes roam through here. This hedonistic world of greenery is today enriched by an open-air heated swimming pool with a sun terrace and bar.

Herd of the fallow deers

Since 2012, the English park has been enriched by a herd of fallow deers. The size of the herd has increased to 9 fallow deers from one male and two females in 2016.

Plant your tree in the park

We offer you to plant a tree in the manor house park as an honor of your wedding, birthday, anniversary or any other unique experience. We are happy to advise you on the selection of the tree as well as the area of planting. In the case of interest, do not hesitate to contact us on eventy@hotelkastiel.sk.

To our guests, we offer the opportunity to rent an E-scooter for use in the park and around the manor house. There are 2 scooters available, which can be rented at reception, subject to availability.

Significant species of plants in the park

You walk in the park will be accompanied by couple of info points, where you can learn more about these significant species.

Among the rare species of plants are dozens of scattered stands of European Black Pine (Pinus nigra) Scots Pine (Pinus silvestris), which supplement the original meadow forest creating the green belt around the manor.

These pine trees were planted here perhaps 150 years ago. The park historically since the 18th century was largely made up of domestic deciduous trees such as maple, oak, ash, linden and elm, but the original owners gradually replaced these with foreign species carried from distant lands during travels in both Europe and Asia.

A number of introduced species are also found in the park, such as the Horse-chestnut (Aesculus hippocastanum) and Black Locust (Robinia pseudoacacia), which were used historically for planting along avenues. In the park, located in the meadow to the right of the courtyard, is a very rare Ginkgo tree (Gingko biloba), which is estimated to be 250 years old and whose trunk has a circumference of 280 cm. Few meters away from the Ginko tree there is original outdoor theatre, ideal for various music or scenic presentations.

A bit further along there is a roughly 100-year old Catalpa (Catalpa bignonioides). The spacious park is home to three examples of Eastern Juniper (Juniperus virginiana), which are some 120 years old.

Along the interior edge of the courtyard are 16 newly planted and trimmed yew trees in the shape of a cone which was originally here in the 19th century.

In the foreground of the manor, in front of the main staircase on the axis of the manor is a circular ornamental flowerbed with trimmed box-trees and summer flowers. This flowerbed was originally found here at the turn of the 20th century.

In the spring the park is sprinkled with a colorful carpet of flowers like the snowdrop (Galanthus nivalis) blooming in white, the many-colored blooms of Corydalis (Corydalis cava), yellow-flowered species like the Lesser Celandine (Ficaria verna) and the Yellow-star (Gagea lutea), and purple blooms like lungwort (Pulmonaria officinalis), grape-hyacinth (Scilla muscari) and violets (Viola).

The park is continuously being renewed with new wood species, while preserving its original character. 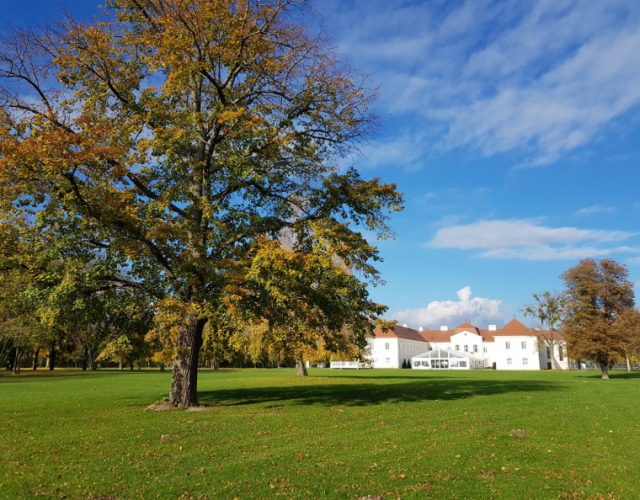 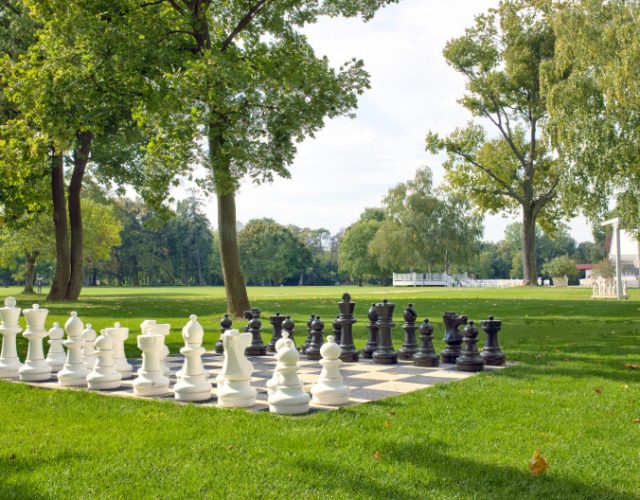 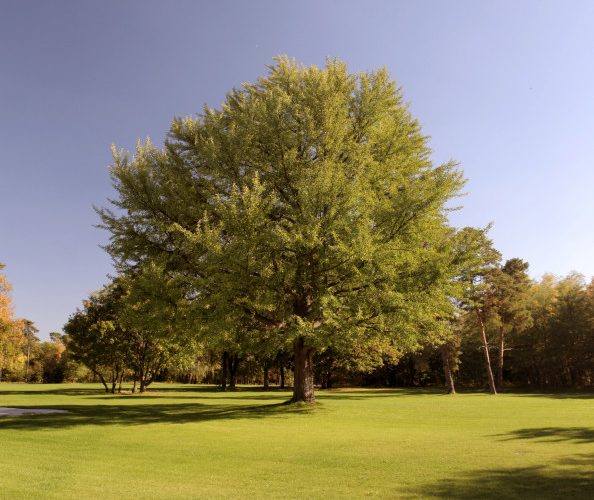 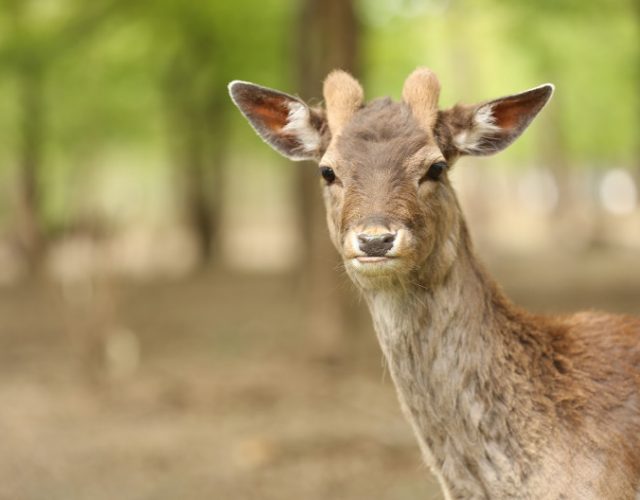 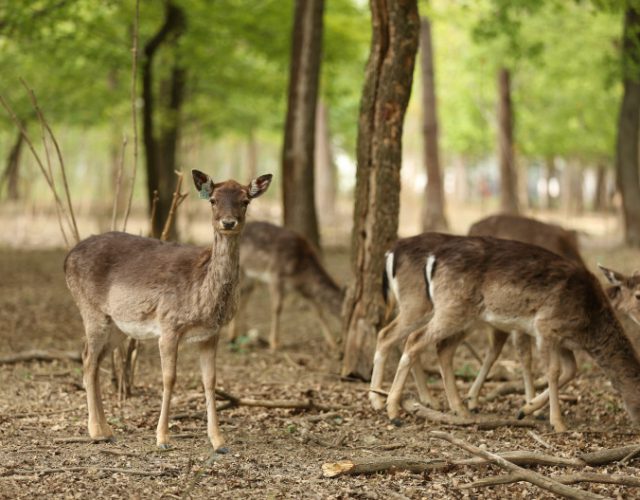